CALL US FIND US

The Tubman Museum is Near and Dear to Macon Hearts 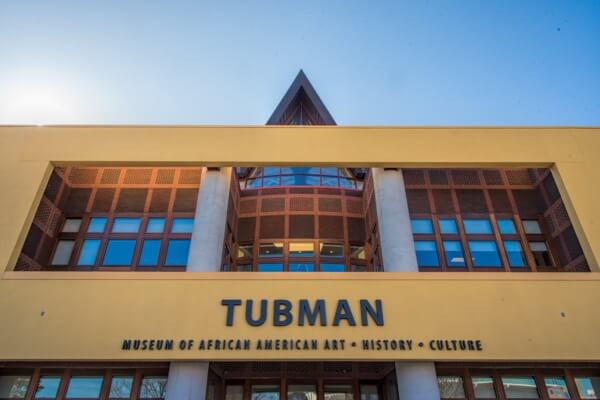 The Tubman Museum is a staple in the Macon community and has remained near and dear to Macon hearts for more than three decades. Learn more about the Tubman Museum, how it got started, and what you can see and do there before planning a visit for yourself!

What is the Tubman Museum?

The Tubman Museum was founded in 1981 in Macon as a means of preserving and displaying African American art, history, and culture. It was replaced in 2015 as an all-new facility measuring 49,500 square feet. The museum boasts exhibits, programs, and publications aimed at adults, families, and students alike. It’s the largest museum of its kind in the Southeast.

What Can You See at the Tubman Museum?

There are various exhibits on display and different events that take place at the Tubman Museum over the course of the year. For example, the International Taste of Soul 2016 will take place at the museum in an effort to break down cultural barriers through the culinary arts. The Art and Soul of Timothy Hedden is an exhibit running through September that consists of collages from found objects, glitter art, and postcards as a form of folk art.

Otherwise, permanent pieces include a mural that explores the timeline of achievements of African Americans to the present day, while the museum’s Inventor’s Gallery showcases inventions that have stemmed from African American minds. The Local History and Georgia Artists exhibits hone in on the Macon area and Georgia history more generally. There are resources available, as well, so that educators can bring their students to the museum for an interactive guided tour, or even engage in a distance learning program.

Who was Harriet Tubman?

For those who don’t know, Harriet Tubman was an abolitionist and suffragist who lived from 1820 to 1913. She escaped slavery in 1849 to the free state of Pennsylvania to become a leader on the Underground Railroad, a network of safe houses, leading hundreds of enslaved people to freedom. She continued to work to free enslaved people during the Civil War, worked as a Union Army cook and nurse, and eventually became an armed scout.

Later in life, she would play an enormous role in securing the right of women to vote. She became an icon after she died, and the Tubman Museum was named after her.

Plan Your Visit to the Tubman Museum

The Tubman Museum is a must-see for Macon locals and visitors alike. You can find the museum at in , . Call if you need any additional information to plan your visit! We can’t wait to guide you through all we have to offer and open you up to the scope of African American culture and history.